Wearable Fitness Tech is Trending, But Make Sure it Works for You

Each year the American College of Sports Medicine (ACSM) surveys health and fitness professionals to identify exercise trends for the upcoming year. The 2020 report was published last month, and the biggest fitness trend for the upcoming year is wearable fitness technology. From activity trackers to heart rate monitors to devices that do both and more, the newest “wearables” are sophisticated tools for recording your steps per day, distance you run, and calories you burn.

But using these devices to help you get fit, lose weight, or otherwise improve your health requires that you use that information wisely. This is the topic of my Health & Fitness column in the Aiken Standard this week. 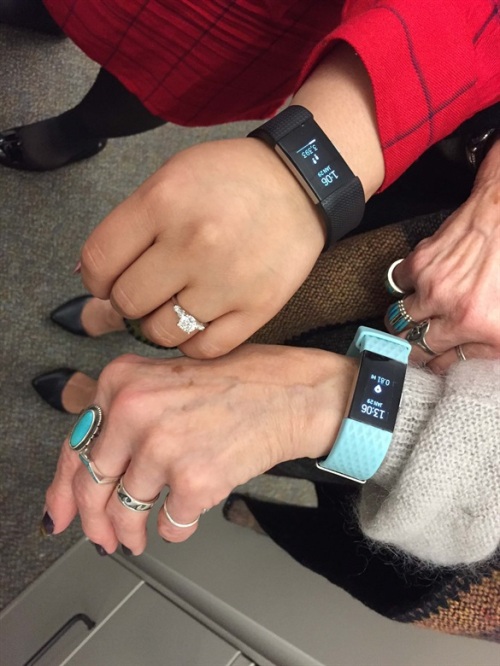 END_OF_DOCUMENT_TOKEN_TO_BE_REPLACED

There’s an app for that!

There are hundreds of health and fitness applications currently available for smartphones and other mobile devices. Among the most popular are health and fitness apps that allow you to track what you eat, your weight, and your activity. Some apps can measure how intense you exercise by using the GPS and accelerometer features of the phone itself or by syncing with a wearable bracelet or belt clip.

There are some concerns about the accuracy of some of these apps and potential dangers of using unregulated health evaluation tools. In general, though, these mobile applications are thought to be safe when used for health and fitness purposes, even though they have not been independently tested.

One of the most popular health and fitness apps is Instant Heart Rate by Azumio, Inc. It works by using the camera on your smartphone. When the app is opened, the flash of the camera comes on and stays lit. Placing the tip of your index finger over the camera allows the app to measure your heart rate, and after approximately 30 seconds a reading registers on the screen.

This is useful because heart rate is widely used to monitor and prescribe exercise intensity. It is traditionally measured by palpation (feeling your pulse), which can be difficult, or by wearing a chest strap monitor, which tend to be expensive.

The Azumio Instant Heart Rate app gives smartphone users an easy way to measure their heart rate. But the question remains, is it accurate? According to research presented by my students Ashton Celec and Sam LaMunion at the American College of Sports Medicine annual meeting last week, it is.

This is the topic of my Health & Fitness column in the Aiken Standard this week.

The results showed that there were no significant differences between the Instant Heart Rate app and the Polar monitor. In fact, on average the two values were between 2-3 beats per minute! This suggests that the app accurately measures heart rate. (More details in the abstract)

They did notice something interesting, though. The instructions for using the app show that you should hold the phone in one hand, and place the index finger of the other hand over the camera lens. This worked well at rest and during light exercise, but not during more vigorous walking.

It seems that arm and hand movement made making good contact between the finger and camera lens challenging. The readings were still accurate, but the measurements took much longer that the usual 30 seconds. This problem was solved when subjects held the phone in the same hand they used for the measurement.

It would be impossible to evaluate every health and fitness app available. Frequent updates and improvements could also mean that the app you download today may be different from the first version from several months ago. But it is likely that most are accurate enough for general use.

This research suggests that at least one of these apps—Azumio Instant Heart Rate—app is as accurate as equipment we use in our lab. There is a free version of the app for Apple and Android devices, so it’s worth checking out. At the very least, you can marvel at the fact that your camera can measure your heart rate!