Is it true that you burn 100 calories when you walk or run a mile? Yes!

Walking and running are widely used modes of exercise to improve fitness and promote weight loss. The energy expended (calories burned) during walking or running can be directly measured in a lab or estimated based on speed and body weight. It can also be determined using one of many wearable devices and mobile apps. A commonly used estimation is that walking or running one mile elicits an energy expenditure of 100 calories.

This estimation, while crude, is interesting because of its wide use and apparent acceptance, even though it hasn’t been tested for accuracy. Research my students and I did examined the accuracy of the 100 calories per mile estimate across a wide range of walking and running speeds. This is the topic of my Health & Fitness column in the Aiken Standard this week 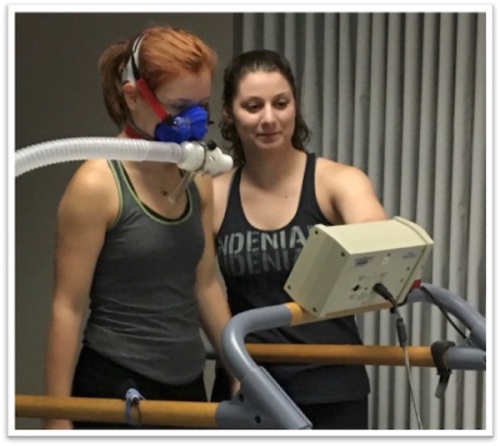 To do this we asked subjects ranging in age from 20 to 44 years to walk or run one mile at a speed they selected on a treadmill while energy expenditure was determined. Some of the subjects walked and some ran, so the speeds ranged from 3 to 7 mph. For accuracy, we measured the air they breathed to measure how much oxygen they consumed to calculate how many calories they burned.

There was a high degree of variability among subjects in energy expenditure, even at similar walking or running speed. This was due to body weight, with heavier people burning more calories when they walked or ran.

It is important to note that the 100 calories per mile estimate does not replace more accurate measurements or calculations that are done in a research or clinical setting. And wearable devices and apps are easy ways to get a good idea of how your energy expenditure during a wider range of activities. But, if you want to know how many calories you burn during a run or how long you need to walk to offset what you eat, the 100 calories per mile estimate will give you a pretty good idea.