Now that we are all spending much of our time at home, more and more people are seeking ways to exercise outdoors. Obviously, rules about social distancing apply, so avoid exercising in groups and keep your distance from people you meet along the way. Walking, running, and cycling are great ways to be active and are appropriate to do alone, with your immediate family, or your dog. But this also means dealing with seasonal allergies, which can make being active outdoors unpleasant for allergy sufferers. 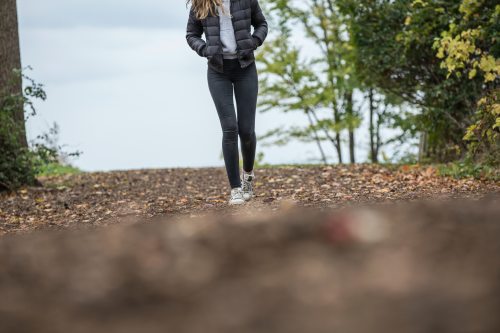 Photo by Sebastian Voortman from Pexels

Seasonal allergies are caused by pollen produced by plants. Tree pollen is the most common culprit in the spring, with grass and ragweed in the summer and fall, respectively. Allergy symptoms — watery eyes, runny nose, sneezing, congestion, and cough — may start within 5–10 minutes of exposure in sensitive individuals and last for hours.

Since histamines are an important step in triggering an allergic response, seasonal allergies can be treated by using antihistamine drugs such as fexofenadine (Allegra), loratadine (Claritin), cetirizine (Zyrtec) and diphenhydramine (Benadryl). Some antihistamines also include a decongestant (Claritin-D, for example).

Allergy symptoms can be diminished by reducing exposure to pollen. This means keeping the windows of your home and car closed and minimizing outdoor activity when pollen levels are highest, particularly early in the morning, on windy days, and when the pollen count is high. Pollen levels are often reported with weather forecasts.

In most cases it is safe to exercise if you have seasonal allergies. Allergy symptoms are typically similar to cold symptoms, so the usual advice about exercise with a cold also applies: If the symptoms are above your neck (runny nose, watery eyes, sneezing), it is safe to exercise. That said, allergy symptoms are based on exposure to pollen and the more you inhale, the worse your symptoms. Since your breathing increases significantly during exercise, so does your exposure to pollen.

There are some cases in which exercise with allergies could have serious effects. Exercise-induced bronchospasm (EIB), also called exercise-induced asthma, is a condition that affects the majority of people with asthma, many of whom also have seasonal allergies. EIB is thought to be caused by the cooling and drying of the airways due to the high ventilation during exercise or exposure to particulate matter in the air, typically from pollutants, or pollen. EIB results in the constriction of airways, severely limiting airflow into the lungs. Asthmatics typically carry a rescue inhaler (bronchodilator) during exercise for this reason.

Interestingly, EIB also occurs in athletes, including those who compete at the Olympic level. It is more common among athletes competing in outdoor winter events (cooling and drying of airways) and indoor ice events (pollutants from ice resurfacing equipment). Through careful warm-up and use of certain approved medications, athletes with allergies and EIB can successfully compete at an elite level.

Since most of us don’t reach the exertion level of athletes, there is no reason to let seasonal allergies stop you from exercising. You may be able to exercise outdoors on days in which the pollen count is lower, especially if you do lower-intensity exercise like walking. Antihistamine medications may help ease the symptoms and shouldn’t interfere with exercise. By taking some precautions, you can and should exercise even if you have seasonal allergies!