Breaking the chain: What you can do to prevent a relapse in your diet or exercise program.

Making changes to diet and exercise habits for weight loss or to improve health and fitness are among the most difficult behavior modifications to make. Being able to change these behaviors now and in the future is a key to success. Since what we eat and our activity become habitual, many people have spent years developing bad habits, so it will take time and effort to change them.

Making lasting changes—think years, not weeks or months—means that these behaviors must be maintained, and success depends on much more than simply following a diet or exercise program. Perhaps the most important tool for promoting long-term behavior change is relapse prevention.

A lapse is a one-time or short-term “slip up” in making a behavior change. For example, a bad day or even a bad week following a diet is considered a lapse. A relapse is a lapse that is continued for so long that you have essentially gone back to your previous behaviors, what some might call “falling off the wagon.” Since getting back on is so difficult, your goal should be to stay on the wagon by preventing a lapse from becoming a relapse. This is the topic of my Health & Fitness column in the Aiken Standard this week. 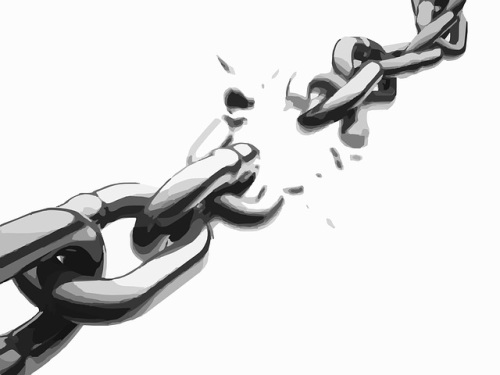 No one is perfect, so lapses will naturally occur. While we often think that lapses occur without warning, the reality is that these events are often the last link in a chain of behaviors. This is illustrated by Barbara, a participant in one of my weight loss programs.

After several weeks of success on her diet Barbara faced her first real challenge, attending a catered event after work. She was rushed in the morning getting her kids ready for school and she didn’t have time for her usual breakfast. She settled for a banana and coffee, but she was hungry by midmorning. She spent her lunch break running errands. Instead of grabbing something unhealthy to eat while she was out, she didn’t eat anything. After a busy afternoon, she was tired and hungry when it was time to go to the event. She made her way to the food table and filled a small plate with the healthiest options she could find. But she wound up standing near the food talking to friends, and she ended up filling her plate a few more times with the very things she meant to avoid at first, including desserts.

Barbara’s story is a perfect example of a lapse, both because it is so common and because it demonstrates the chain of events leading up to it. The lapse—overeating at the party—actually started much earlier in the day. Not having her normal, filling breakfast and skipping lunch meant that Barbara was unusually hungry when she arrived at the party. And standing near the food table made it easy for her to go back for seconds (and thirds). Barbara was able to identify the links in the chain that led to the lapse in her diet, allowing her to get back on track the next day and make efforts to break those links in the future.

Like Barbara, recognizing the steps that lead up to a lapse in your diet or exercise program can help you avoid a slip-up in the first place and prevent a lapse from becoming a relapse. In many ways, long-term success is as much about building confidence in your ability to handle difficult situations as it is the number on the scale or the time you spend in the gym.

This entry was posted in Health & Fitness and tagged exercise, fall off the wagon, lapse, relapse prevention, slip up, success, weight loss. Bookmark the permalink.